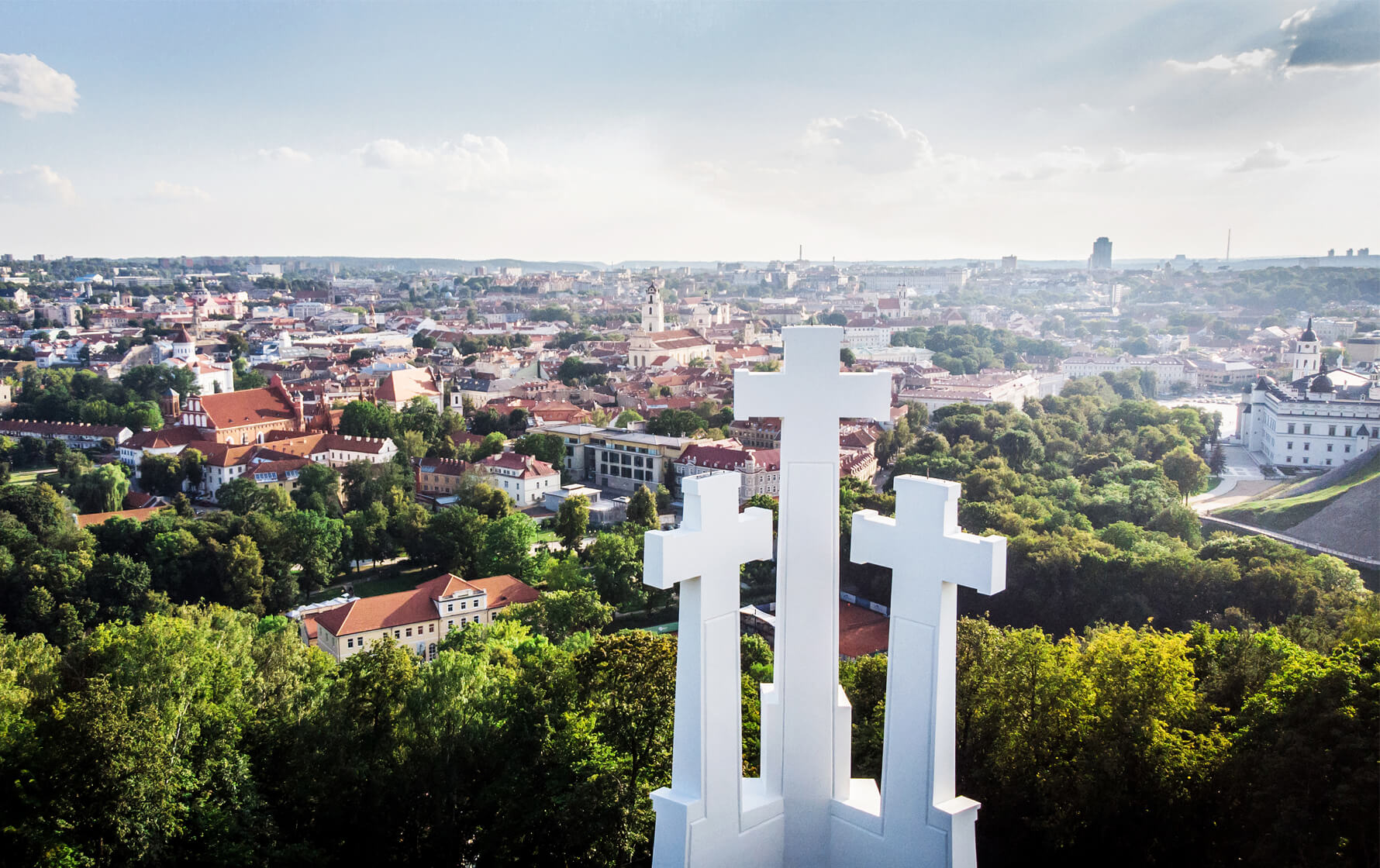 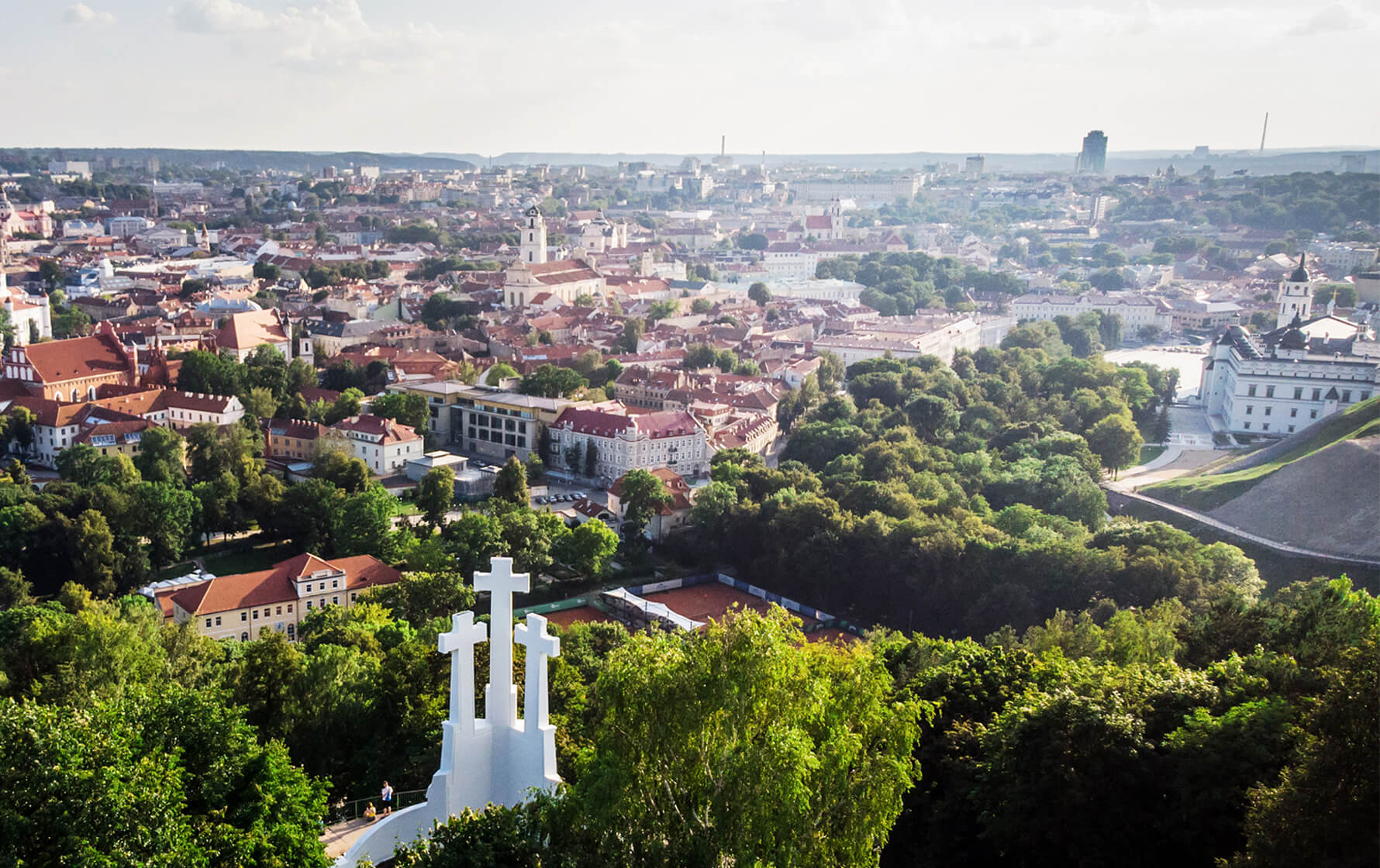 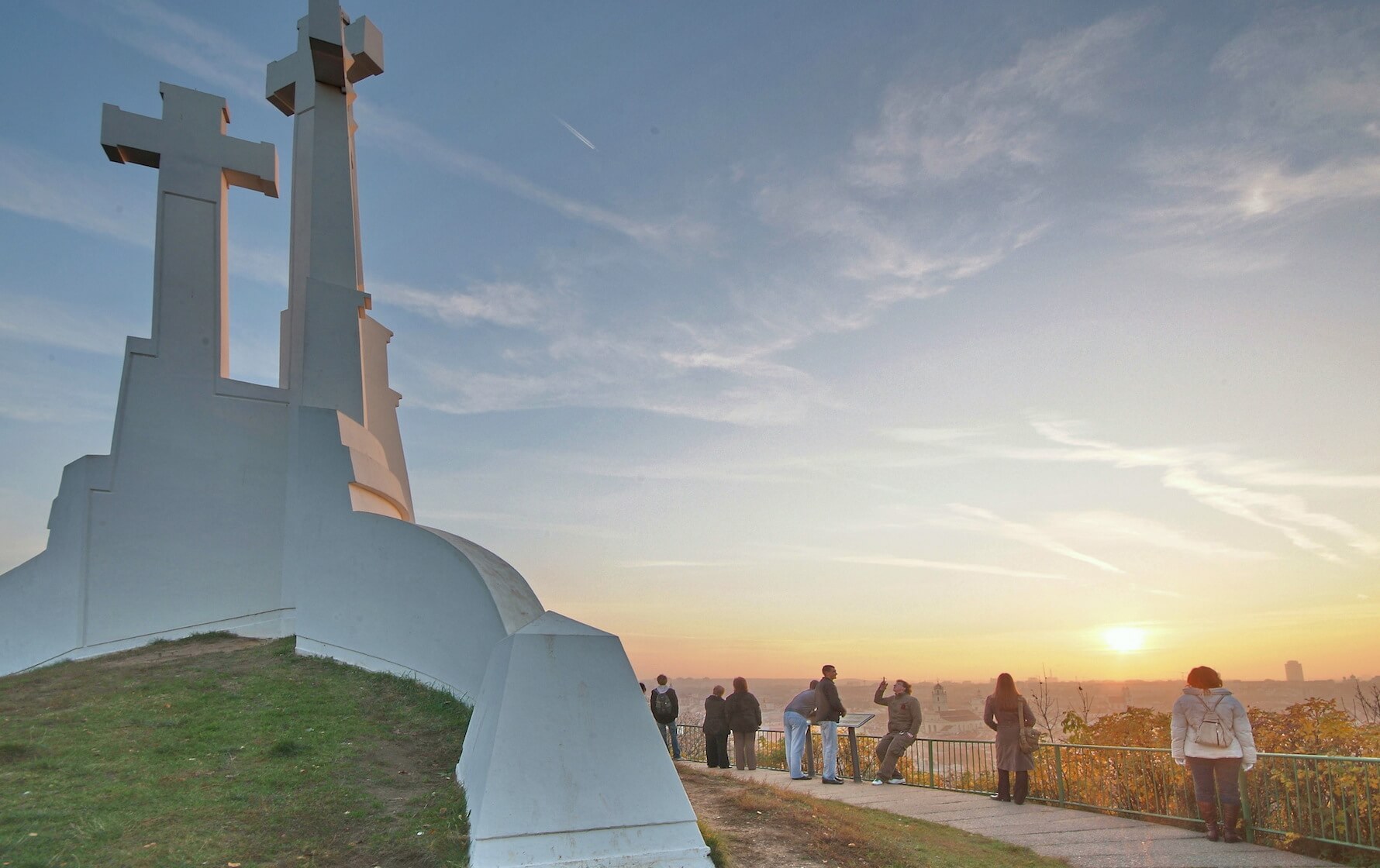 The Monument of Three Crosses overlooking the city from the top of the hill named after them. The monument dates back to the 17th century when three monks placed them there to pay tribute to a group of fellow monks who were martyred in the 14th century. According to the history books, seven monks were killed and seven were tied to wooden crosses and floated down the Neris River. Over the years, the monument has changed many times. The current one was built by the architect and sculptor, K. Šilgalis in 1989, when the Soviet Union began to collapse.

Get to it Find the fastest way to get there

Directions
About Vilnius
Welcome and congratulations! You’re just one step away from visiting the amazing City of Vilnius!

What's so cool about choosing Vilnius as your next travel destination? Well, first of all, most people can't even point Lithuania or Vilnius out on a map, which is already a great reason for it to appear on any adventurous traveller’s bucket list. Lonely Planet recently called it a hidden gem of Europe, but we choose to call it a hidden pleasure.

In Vilnius you’ll find all kinds of pleasures: from the beautiful UNESCO World Heritage-listed Vilnius Old Town, numerous green spaces, and modern party scene, to its remarkable cuisine and of course, rich art and culture. We invite you to try it all. Vilnius welcomes every kind of tourist, as it is affordable and relatively small compared to other European capitals, making it a great place for any budget or trip duration.

Don't forget to email roadmap to yourself!